So, when I began some real vacation (involving travel for non-work related purposes) a little while back, I inadvertantly abandonded my blog. It cries for attention in the back of my artistic consciousness - so I am here to apologize for neglect. Vacation is almost over, and I am starting to feel the itch to get back to work. I promise to return shortly. In the meantime, please accept my apologies for pressing pause without telling anyone.

Photo taken from the web

Posted by nick at 3:37 PM No comments: Links to this post 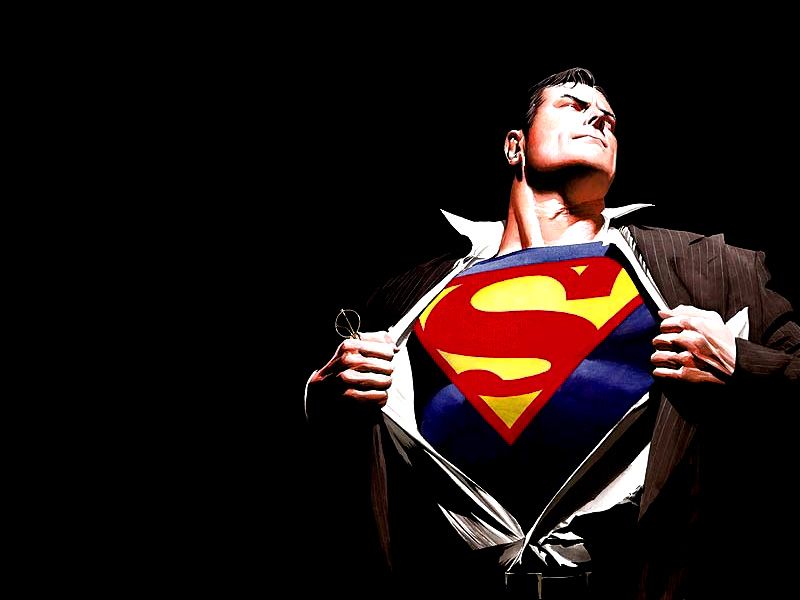 Yesterday evening, Jeremy and I went to see Superman Returns. I had to drag him kicking and screaming, and there was a moment of dramatic indecision involving a choice between the man in blue tights and Ricky Bobby. In the end, the Man of Steel won out, as he should have.

The movie is an impressive feat. To make a sequel to a set of movies made so many years ago about a man (a cultural archetype, at this point) who flies around in a red cape with a big S emblazoned on his chest and to still make a movie that provokes thought and moves an audience is pretty remarkable.

As a kid and teenager (and, yes, as an adult), I was (am) a fan of comic books, although I never really got into the whole Superman thing. I was obsessed with the X-men. The whole idea of a team of people saving the world was more appealing to me than the story of the lone hero – perhaps because I was looking for a refuge from the isolation of being a closeted, gay 13 year old. Plus, why limit yourself to one hot, superpowered man in tights when you can have lots of hot, superpowered men in tights and lots of superpowered women with great hair?

Watching Superman save the world last night and nearly meet his end, only to be saved by and her unconventional family, I found myself wondering what it meant to be a superhero in the world of today. The question is raised early on in the movie, does the world need a Superman? I found myself whispering to Jeremy in the darkness of the theater, that yes, we do, indeed, need a Superman. It was a wishful sentiment, as I sat there with images of bombed out cities in the in the forefront of my mind. But as the movie wore on, I wondered, why is it so natural for people to want someone else to come and fix their problems? And would a “Superman” – a person sent to our planet to help us realize our greater potential and to save the day – be a solution or a band-aid?

Earlier in the day, I was driving through DC and listening to public radio, when the BBC program, World Have Your Say, came on. The show was moderating a discussion about whether one’s religion or one’s nation provide one with security. I emphatically think that neither ultimately provide us with security. What they both provide us with are “us” and “them”. Until people realize that there are only “us” and the self and that “them” does not – cannot – truly exist, we will not find security. Without security and peace, how could we ever realize our full potential? Would any one individual – even a Superman – be able to help us find peace and a way to become more evolved beings? Regardless, we don’t seem to be doing so well on our own right now, so perhaps we could use a Superman in the meantime – even just a symbol of hope.

Posted by nick at 7:30 PM No comments: Links to this post 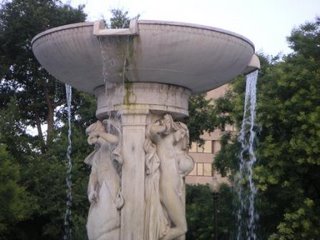 To Mercy, Pity, Peace, and Love
All pray in their distress;
And to these virtues of delight
Return their thankfulness.

For Mercy has a human heart,
Pity a human face,
And Love, the human form divine,
And Peace, the human dress.

Then every man, of every dime
That prays in his distress,
Prays to the human form divine,
Love, Mercy, Pity, Peace.

And all must love the human form,
In heathen, turk, or jew;
Where Mercy, Love & Pity dwell
There God is dwelling too.

Cruelty has a human heart,
And Jealousy a human face;
Terror the human form divine,
And Secrecy the human dress. -William Blake (1757 - 1827), Songs of Experience

I came across these while learning some music yesterday, and they made me pause for thought. We hold so much potential for greatness as humans. We also seem to have the potential to achieve amazing acts of atrocity, violence, hate, and ugliness. It seems that the choice is up to us, no? I found both tremendous responsibility and freedom in this little reminder that we create our own reality.