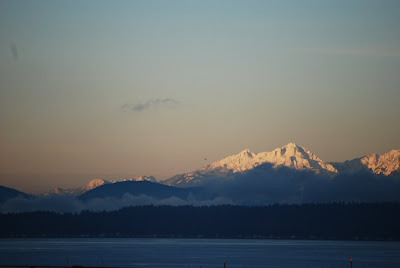 As the turn of the year approaches, I find myself rehearsing a for another production of Barber of Seville in the Pacific Northwest, this time in Seattle – a new city to me. I’m in physical and musical territory that is familiar and unfamiliar all at the same time – I have the feeling that I’ve come full-circle at the same time that I have the sensation I’ve never been here before. The cycle begins anew.

2010 was a year of moving forward – it was a year of becoming aware of how far I have come, with many proud markers along the way. I saw a lot of lifelong goals come to fruition and had more than my fair share of dream-come-true moments as the year progressed. It was a truly mind-blowing year, and one that I will take great pride in, being filled with many special moments of accomplishment. The professional highlights:

- Going home to Ann Arbor to sing Messiah – I’ve dreamed of taking part of this annual Ann Arbor tradition since I started singing, and to do so was yet another dream come true this year. It was one of the best Messiahs I have ever taken part in – not one 16th note was taken for granted that week. What caught me off-guard was the sense of pride I felt as I reunited with former teachers and fellow-alums, and being reminded of the exceedingly high musical standard we were held to. I was teary-eyed at each performance as I realized how fortunate I was to have had that kind of musical education.

- Performing Schumann’s Dichterliebe for the first time with Mitsuko Uchida – To me, Dichterliebe is the most holy of all song cycles – it’s a piece I have studied intermittently for the past 11 years. All that time, I never felt ready to take it out into public – it just somehow never felt fully-cooked enough. This summer at Marlboro, Mitsuko asked me to work on it with her, as she had, much to my shock, never performed it before. As our rehearsals progressed, we decided to perform it together on one of the Marlboro Concert Programs. It turned out to be one of the most emotionally intense performances I have ever been involved with. Feeling her pointed, crystal clear emotional intensity at the piano guiding me through the psychic tumult of the poet’s heartbreak, I poured every bit of my being into the cycle. To perform one of the greatest pieces of music ever written with such an accomplished master was truly astonishing. You can hear our performance here as this year's holiday gift from the Festival.

- The CSO Stravinsky CD being nominated for a Grammy Award – What was already a pinching-myself-to-be-sure-this-is-real experience became even more surreal when the 2010 Grammy Nominations were announced a few weeks ago.

- Making my recital debut in Carnegie Hall’s Weill Recital Hall – I used to fantasize about singing a solo recital at Carnegie Hall when I was a teenager studying art songs with my voice teacher back when I was starting to make the transition from violinist to singer. To be presented in a solo recital by the Hall was one of the most tremendous honors of my life.

- Barber of Seville at the Portland Opera – This particular production of Barber was perhaps one of the greatest experiences I have ever had in an opera house. Rarely have I experienced such warm camaraderie and support from such fun-loving and excellent colleagues. We laughed our way through 5 weeks of rehearsals and performances, and I found that not only did I have one of the best times of my life, but I was able to accomplish things on-stage that I never thought I could before. With a little laughter and light-heartedness, things that were once daunting challenges simply became fun games to play.

Here in Seattle, revisiting Barber, trying to approach familiar territory with fresh eyes, I've been thinking back to this past summer at Marlboro and how pride can so easily open the door for the ego to get in the way of discovery and growth. So, as we turn the year and start a new cycle, I have one resolution – I hope to find the grace to be a beginner everyday, remaining open to all the teachings that each new opportunity brings, and start each day with a clean slate. Being a beginner doesn’t mean I have to let go of everything I have already learned – it just means that I remain open to adding to the pot.

All the best for a happy, healthy, and wonderful 2011.

The Holiday Season and it's music has completely swallowed me up these past few weeks, resulting in my absence from here so far this month. I hope to be back with a year-end post next week. In the meantime, here's a sweet video about some letters to Santa going to an address that is not the North Pole.
Happy Holidays...
Posted by nick at 2:19 PM No comments: Links to this post