I sing my first Beethoven Missa Solemnis tonight here in Oregon.  It's a piece about which I have felt extraordinarily mixed and unsure for most of my life.  My first voice teacher revered the piece, as do many musicians I respect greatly.  I've become more convinced after these past few days of rehearsal with Helmuth, who is always an expert at unlocking musical mysteries for me.

A few words that have come to mind for me when thinking about this piece:

Here's Leonard Bernstein conducting the Kyrie - one of the best parts of the piece.  It's quite an opener.

Posted by nick at 11:58 AM No comments: Links to this post 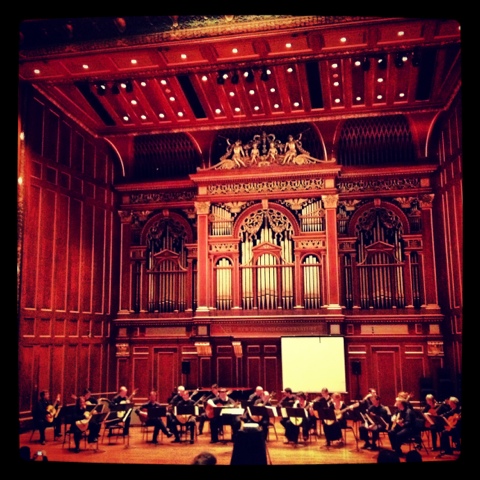 Jordan Hall in Boston is pretty.
And yes, that is an army of guitars onstage. A gaggle of guitars?
Very much looking forward to tomorrow.
Posted by nick at 10:30 PM No comments: Links to this post 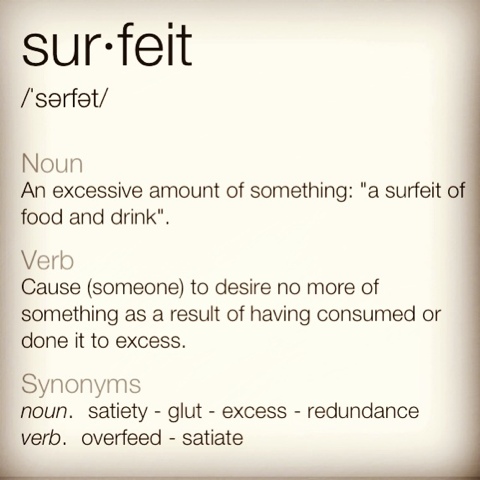 "...love surfeits with reward, his nurse is scorn."
Could one imagine a more tragic and deeply sad sentiment? How could love surfeit? How could one ever loved to the point of excess, to the point desiring it no more?
Oh, Dowland...that's a rough one.
Posted by nick at 10:28 PM No comments: Links to this post

Here's today's sweet video that I stumbled across on my morning surf of the innerwebs:


Understand Music from finally. on Vimeo.

Happy Friday.
Posted by nick at 11:27 AM No comments: Links to this post

Loved this 'This I Believe' segment about singing that I stumbled across this morning:

Posted by nick at 11:36 AM No comments: Links to this post

Thanks to my myriad of friends with good taste on Facebook, I was reminded that today is the birthday of one of my favorite composers, Richard Strauss.


Posted by nick at 3:35 PM No comments: Links to this post

On The Art of Self-Criticism

During my last week in Portland, I had the great pleasure of sitting next to the mother of one of the Portland Opera Studio Artists during his annual recital at the Portland Art Museum (each of the Studio Artists performs a recital annually during their tenure in the Portland Opera Studio).  We sat together and watched together as her son gave quite a good performance of lieder and art songs.  After the recital, I turned to her and said "Congratulations for your son! He did a really wonderful job tonight."

She replied, "Thank you so much, I thought so, too, but he is always his harshest critic."

This trait of being harshly self-critical is something that I have frequently noticed in both myself and my performer-colleagues, particularly among singers.  When we give a live performance, it is incredibly easy to focus on every little foible and flub that goes awry, and from our microscopic perspective, each one of those tiny specks looks to be a mountain rather than a molehill. Things that most audience members won't even notice become unforgivable, mortal sins. We see a train wreck as opposed to a piece of jewelry with a patina that only accentuates it's beauty.

We flagellate ourselves like this, telling ourselves that we are being serious, that we are being hard workers, as if there is virtue to our suffering. And to a certain extent I really believe that there is truth to that sentiment - it is important to constantly hone our craft and acknowledge that we are continual works in progress until we retire.  But when taken too much to heart, this can be a line of thinking that is crazy-making and self-abusive.

During my first summer at Wolf Trap opera, I learned this lesson on the first day of rehearsal for our production of Barber of Seville that summer.  As I warmed up for our first musical read of the show that day, I found that I could barely sing.  My heart was racing, my breath was shallow, my palms were sweating profusely.  The first rehearsal whizzed by in a blur, and I hated myself for every single note that came out of my mouth, thinking they all sounded ugly and wrong.  When we broke for lunch, I was shocked and surprised when everyone was telling me how great and exciting it sounded.  It was at that moment that I said to myself: "I simply cannot live the rest of my life dealing with this kind of anxiety.  It's paralyzing. I need help."  Immediately after rehearsal, I went and bought a copy of the Artist's Way.  Primarily through that book, I quickly learned to find a balance between acknowledging the positive aspects of my work and being constructively critical.

In yoga, instructors lead students through a series of poses that are balanced with both sides of the body.  Whichever poses are done on the right, are also always done on the left.  In doing many of these poses, the experience is quite different from side to side, as we all have a weak side and strong side.  I am very much a right-handed person, and as a result, my right side is much stronger than my left.  Poses which focus on the left side of my body are always more difficult for me to sustain, because it is my weaker, less-used side of my body.  As a result, during my practice, I tend to focus more on those left-sided poses.  Those are the poses that I constantly tweak, and the poses that often frustrate me.  The poses on my right side are the ones through which I tend to glide. They are the poses in which my mind starts to wander.

It occurred to me the other day - why do I get so frustrated with the weakness of my left side, yet take the strength of my right side for granted?  That really isn't fair of me to ignore my strengths while I only give focus to my weaknesses.  I thought back to that conversation at the recital last week, and the same thought occurred to me about musician's practice and work.  We aren't fair to ourselves when we only beat ourselves up for the little things that went awry.  It's dangerous and ungrateful to ignore all of the amazing things that we just did surrounding our little mistakes.  We should take the good as well as the bad. We should enjoy and savor our strengths, while finding compassion and patience for our weaknesses.
Posted by nick at 11:59 AM No comments: Links to this post