Took the Words Right Out of My Mouth 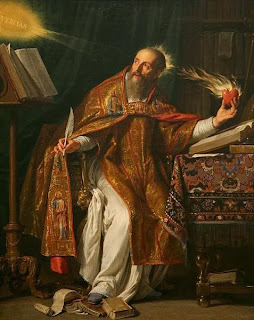 "…when I find the singing itself more moving than the truth which it conveys, I confess that this a grievous sin, and at those times, I would prefer not to hear the singer."
- St. Augustine

Pathétiques & Serenades: A Meditation on the Varieties of Gay Experience 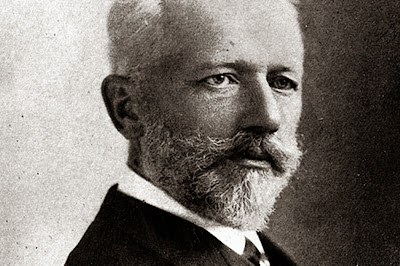 This past weekend in Kitchener-Waterloo, I had the unusual pleasure of being able to sit out in the audience to enjoy the second half of our concerts, as my performing duties were done as soon the program hit halftime.  Led by their music director, Edwin Outwater, the Kitchener-Waterloo Symphony played Tchaikovsky's 6th Symphony, the 'Pathétique', after intermission - a piece I had not really listened to intently in quite a long time.  It actually happens to be one of the last pieces I played in my youth orchestra in Detroit before permanently putting my violin back in its case, so it holds a very special place in my musical heart.  I relished the opportunity to enjoy a live performance of it after singing Britten's Serenade for Tenor, Horn, & Strings at the end of the first half of the program.  However, as I listened the Symphony unfurl and reminisced about days past in which I let my teenage-angst express itself freely as I played impassioned and tortured melodies high on my violin's G-string in the symphony's final movement (an emo-joy that only other angst-ridden teenage violinists will truly understand),  I found myself listening to the piece with slightly different ears than I expected.

Beyond its sheer musical brilliance and heart-wrenching beauty, the Pathétique is legendary also for the fact that Tchaikovsky conducted its premiere just 9 days before dying, perhaps intending his final symphony to be a musical suicide note.  As I listened to the beginning of the haunting last movement, it dawned on me just how gay the evening's program was - seminal works by two great gay composers juxtaposed against each other, with some thematic similarities, and yet starkly different.  The two composers' biographies have many commonalities on the surface: Both were greatly respected and quite famous composers within their respective lifetimes, both were officially recognized by a great many international institutions as well as their respective homelands' monarchs for their work, both were gay men living in times when homosexual activities were illegal.

While both composers' works on the program explored themes relating to death, Tchaikovsky's struck me as so much more anguished - the rawness, brutality, and depth of his depression so unapologetically apparent and there for all of us to witness and experience with him.  It then struck me how different these two composers' lives were, too. Here I was listening to what was quite likely a lonely and tortured gay man's symphonic goodbye to the world, and I had just performed a piece that Britten had written for his life-partner of 35 years.  The dichotomy could not have been more striking - one man had lived a life struggling with depression, unable to allow himself to live openly with any real lover or to develop any type of romantic connection fully in any sort of lasting or deeply fulfilling way, while the other spent most of his adult life with a man who was not only his creative muse, but also the love of his life.  One man quite likely committed suicide, the other died of natural causes in the arms of his lifelong lover. There is a darkness to both composers' works, certainly, but in Tchaikovsky's symphony, personal anguish and inner conflict pour out because they have no other outlet, while Britten's Serenade is music that is inspired by love - a love that was known, accepted, and largely supported in his own wide-reaching community.  In the last song of Britten's Serenade, which is perhaps the darkest moment of the orchestral cycle that explores the various stages of night, the singer welcomes sleep and then begs to never to wake again, asking for the "casket of his soul" to be sealed.  Yet, the solo french horn sounds the call of a distant sunrise just after - a musical gesture that I take as a sign that he will wake up again and life will go on - the cycle will begin again anew.  Tchaikovsy's Pathétique ends with a heartbeat figure in the basses that gradually slows, and then simply stops.

In a year that has seen so many giant steps forward for the gay community here in the US, and so many setbacks and violence against the gay community abroad, the juxtaposition of the two pieces was particularly moving.  How much we have evolved - the evening's concert was conducted by a man who had just happily married his partner in Hawaii in front of their family and friends just weeks before our concerts last weekend. Yet, how much remains the same - gay teen suicide still abounds, making organizations like the Trevor Project still necessary.

While it's such a gift to have such beautiful music in our midst, how tragic it is to think of the abuse and struggles we still endure just to be able to love freely.


My favorite recording of the Pathétique - Eugene Ormandy with the Philly Orchestra.
Movement 4 - Adagio lamentoso: