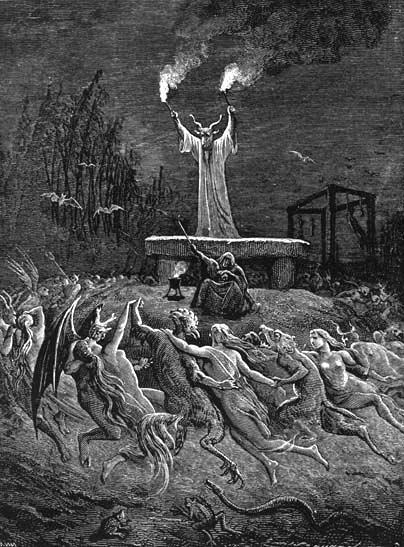 Just as I was starting to prepare myself for some serious summer downtime, life took one of it's usual unexpected turns, and I am off now to step in for an ill colleague at the Oregon Bach Festival for some Bach and Mendelssohn over the next few weeks.  So, while I had initially planned on spending this week exploring new recipes in my kitchen and catching up on entire seasons of TV that I've missed via Netflix in between casual study sessions of Brahms and Schubert, I'm instead hurtling across the country in a flying steel tube with wings a few weeks earlier than I expected.  While I am already a little homesick (a perpetual state of being bittersweetly combined with gratitude for the fact that I get to sing for a living), I'm very much excited to get to spend some extra time in the Pacific Northwest.  I think it is one of the most beautiful places on Earth, and I can't wait for some time to explore and enjoy it a bit more.

The Mendelssohn piece I'm jumping in for this weekend actually is providing me with an opportunity to sing a piece that I have been dreaming of performing since college.  Die erste Walpurgisnacht is a secular cantata that is a setting of a Goethe text that Mendelssohn set in 1831.  The piece completely captured my imagination, hitting all of my sweet spots when I was as a 19-year-old sophomore in the University of Michigan Chamber Choir.  Between singing about druids and pagan rituals and the fact that it is German Romantic music at it's most exciting and dramatic - both the history nerd AND the angst-ridden, teen drama queen inside me were having a heyday. There is a nice tenor solo in the piece - at first, the tenor portrays one of the druid priests calling for the start of the Walpurgisnacht rites that everyone is there to celebrate.

When I first saw how beautiful and exciting the opening tenor solo was at our first read through of the piece in college, I fell in love with the piece and ran straight to a practice room to properly learn it so that I could start working on it at my next lesson and sing it for the upcoming audition for the solo.  In the end, to my great disappointment, they gave the solo to one of the fantastic Doctoral students that were studying at Michigan at the time (there was a plethora of very talented tenors studying at Michigan while I was there).  Being a 19 year old with a very limited perspective on life and music, I remember feeling so sure that I would never have the opportunity to sing those fantastic opening lines ever again.  I swallowed my disappointment and sang my heart out in the chorus for the concerts, nevertheless enjoying the chance to get to know the piece during the weeks that we rehearsed it that semester.

Since getting the call to jump in at the Bach Festival, it's been great fun to reminisce about my college excitement about the piece and be reminded about the passionate curiosity for music that drew me to this wandering minstrel's life.  I wish my ailing colleague a very speedy recovery, and I offer him profuse thanks for giving my disappointed inner 19-year-old self the opportunity for a bit of delayed gratification.
Posted by nick at 2:17 PM No comments: Links to this post

When I went to repost my latest guest post from the Ecstatic Living Room here, I took a peek over at my blog archive and realized that I've been a bit neglectful of this blog during the first six months of this year.  It was completely unintentional - life and music just overtook me, as they can do sometimes, and there just hasn't been much opportunity to write about it.  It's summertime now - so I'm hoping to jump back on the bandwagon...

One of the projects that has kept me a bit busy has been recording my second Britten album for Avie.  You can see a bit of footage from our recording sessions in the video above.  After recording Winter Words, which focused mainly on the music the resulted from the relationship between Benjamin Britten and Peter Pears, I felt that the next step was to explore some of his other relationships that inspired his composition.  After becoming fast friends and exploring Britten's music extensively together during our summers at the Marlboro Music Festival, the harpist Sivan Magen and I decided to record all of his harp/tenor compositions for the Welsh harpist, Osian Ellis, and Pears from the end of his life.  And after performing Britten's Serenade for Tenor, Horn and Strings a few times over the past couple of years, I found myself also fascinated by his musical friendship with the horn player, Dennis Brain.  Horn player, Jennifer Montone, and I became friends after performing his Canticle III: Still Falls the Rain a few years back on her Carnegie Hall debut recital, and it seemed a natural fit to record the piece together along with some other music he wrote for Brain and Pears to round out this album about Britten's other muses.

I've recently launched a Kickstarter Campaign to help raise some funding to ensure the album is finished properly in time for it's release date this fall.  You can read more details about the recording project and the concept behind the album there, as well as basically pre-order a copy of the album.  A kickstarter pledge as little as $25 will not only get you an advance copy of the physical CD of the album, but it will also make you an important part of bringing this music to audiences around the world.  Sivan, Jen, and Myra (my good friend and beautiful pianist-collaborator from Winter Words) are all incredibly proud of the work we did at the recording sessions in January, and we are very anxious to push this album to the release date finish line.  We are incredibly grateful for your generosity and any support that you can give!

In the meantime, I promise that my accidental blogging hiatus is over, and I look forward to being back here on a more regular basis...

Posted by nick at 12:14 PM No comments: Links to this post

My latest guest post at the Ecstatic Living Room blog...


At a concert I gave with the pianist, Jeremy Denk, about a week and a half ago in Chicago, Jeremy described the piano as the "iPod of the 19th century".  In the days before iPods, CD players, cassette tapes, 8-tracks, record players, and phonographs - the days during which the majority of the standard classical repertoire was written - if one wanted to hear some music outside of the concert hall, one had to make music themselves. Pianos were the primary way of doing that and experiencing in one's home.

My partner and I recently purchased a new upright piano for our apartment, and it has been a fun opportunity to pretend like we're back in the 19th century, playing our 19th century iPod in our home and making music together, mostly sight reading through songs as we laugh at our silly reading mistakes along the way.  Perhaps because Jeremy and I were so focused on Schumann for the past couple of weeks in preparation for our concert in Chicago, my partner and I have also been exploring Schumann's many songs, some of which I think are perhaps some of the most beautiful songs ever written.

In one of the more romantic stories in Classical music history, after a long and dramatic courtship, Robert Schumann finally married his great love Clara Wieck in 1840.  The two were madly in love, but were prevented from marrying for a long time by Clara's father, who disapproved of Robert, thinking him an unsuitable since he was a poor composer.  As the tension of their protracted and fraught engagement finally released, and they were able to be married, Robert suddenly had a flood of songs pour out of him - he composed 168 songs in 1840 alone, and in the process elevated the whole art form of song to an entirely new level.  Among the songs he composed that year are his famed song cycles Liederkreis Op. 24 and Liederkreis Op. 39, Frauenliebe und Leben (Woman's Life and Love), and his incredibly beautiful song cycle about a poet's infatuation and break up with his love, Dichterliebe (which Jeremy and I performed last week in Chicago).

In a ridiculously romantic gesture, Robert grouped together the first 26 songs he composed that year into a collection entitled Myrthen and gave them to Clara as a wedding present.  The first song, Widmung (Dedication), is perhaps one of his most beautiful compositions.  While I don't understand why there are Jellyfish floating around in the backgroud of this video, here is one of my favorite Lieder singers performing the song:


Imagine getting that as a wedding present from your brand new husband -  we should all be so lucky...

I've linked to some of my favorite recordings of each of these cycles above.  If you're in the mood to immerse yourself in the results of Robert Schumann's romantic high in 1840 and experience the products of his honeymoon bliss, check out one of those recordings above.  In case of you are curious, here's a recording one of the songs that my partner and I have fallen in love with during our explorations at our new piano.  It's called Schöne Fremde (Beautiful Foreign Land), from Liederkreis Op. 39.