I looked at the clock that was encased in metal grating to protect it from any number of disastrous possibilities and took note of the time. 9:35 am. I groaned inwardly at the uncouthness of the hour and took in my first breath to sing, hoping that whatever came out wouldn't sound too ugly. I looked at the army of 85 five-year-olds sitting cross-legged on the gymnasium floor in front of me and ceased to care about my sound. The only important thing at that point was to try to keep their attention for the next 25 minutes.

Some of them started to sway to the music. Some just stared, entranced and fascinated. Some covered their ears with their hands, whispering too each other, "He's so loud!". Some squirmed. One boy started air-drumming. A couple others raised their hands, trying to signal that they had heard something I had asked them to listen for.

After we finished the song, we took comments and questions. Some quotes from the peanut gallery:

"You made me sad three times – my ears hurt."

"I play the violin!"

"You're not in the Choristers!"

"But they're NOT in the Choristers!"

"I think that the Knight got away from the witch!"

"I think that the Knight died."

"I think that the Knight and the Witch lived happily ever after."

"Did you have to sing that song in English?"

After our last song, the school principal thanked Lydia and I for coming to perform, the kids and their teachers applauded, and the teachers tried to round up their students and file them out of the gym back to their homerooms in as orderly a fashion as possible. In the midst of all the ruckus, one little girl came up to me and said, "I'm gonna give you a hug, because you were really good." She gave me a big hug, and ran off to catch up with her fellow classmates as they headed off to the next new experience. 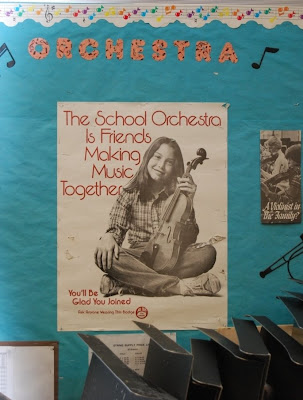 that gurl at the end, simply awesome. sounds like a pretty amazing experience.