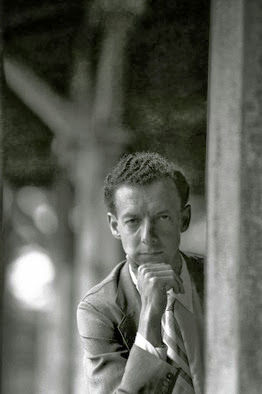 A lot of critics and music-journalists often decry the use of anniversaries as programmatic crutches upon which to wheel out the music of composers and fill out their season performance calendars.  Just about all of them have conceded, though, that in the case of Benjamin Britten and this centenary year of his birth, there is good reason to fête this man who was one of the 20th century's greatest composers, as his music is quite underserved outside of his native land.

Since I began my own personal project exploring Britten's music back in 2006, I've been repeatedly told time and time again that "Britten doesn't sell".  What has been gratifying about this centennial year has been watching presenters and musicians alike stop thinking to themselves "Britten doesn't sell" and actually get out there and start selling Britten. 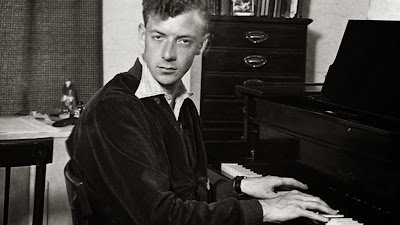 The irony, of course, is that what compels me so much about Britten's music is that it does, indeed, sell. He has the power to touch an audience in ways that few other composers are able.  I've seen this time and time again as my various colleagues and I have watched audiences laugh, cry, and gasp during our recital programs of his music.  I was again reminded of the huge emotional impact his music has last week, during a sold-out performance of his War Requiem with the Baltimore Symphony in Strathmore.  Watching people's eyes flood with tears as the piece unfurled, the traditional latin requiem mass angrily/sadly/disbelievingly juxtaposed against the poetry of the killed-in-combat, World War I soldier-poet Wilfred Owen, it was overwhelming to experience the power of his music - just as impactful as any other composer of the "standard" classical music repertoire.  Perhaps more-so, in some ways.  I hope that the great world-wide efforts to program his music this year extend beyond this centenary, and that we continue to experience and explore his music more regularly.  This is timeless music for everyone everywhere - powerful, meaningful and beautiful music that must continue to be played, presented, and heard. 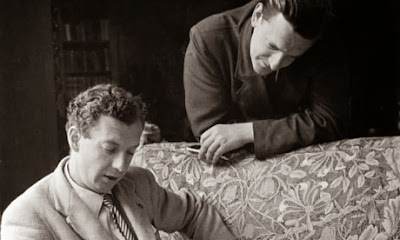 In addition to his music, I think that perhaps the most important aspect of the occasion of this centenary has been the opportunity for us to get to know the man, as well as his music.  Britten was, simply put, and extraordinary human being, and in getting to know him and the biography of his life over the past few years, I have found a hero in him.  Living as a gay man during a time in which homosexual acts were illegal, he not only lived openly and with integrity, but also had the audacity and courage to let his sexuality and his relationship with his life partner of Peter Pears inform his work, creating some of the most beautiful music of the 20th century.  Beyond his relationship with Pears, Britten forged an extraordinary community of incredible individuals and artists around him, who also inspired him. Working together with these people, he set out to change the world around him through his art.  He not only composed great works that explored important themes (such as the War Requiem and Still Falls the Rain, which directly challenge humanity to consider the horrible atrocities we commit upon each other), but also created new venues and platforms for our art-form to flourish and grow (like the Aldeburgh Festival and the English Opera Group), and creatively invented new ways for young people to experience and learn about music (like his opera Noye's Fludde).  He used his music to engage communities not only in a dialogue and meditation about the nature of being human, but also brought them together, fostering a stronger sense of fellowship and a greater appreciation for the arts.

Beyond the simple fact that Britten would have turned 100 today, celebrating Benjamin Britten could not be more timely - as we classical musicians struggle to find our footing in the 21st century, we could all take a cue from his willingness to innovate and engage.  We could all stand to model his keen awareness of the power that music and musicians have to knit communities closer together, and to change not only our own lives, but also the lives of those around us for the better. 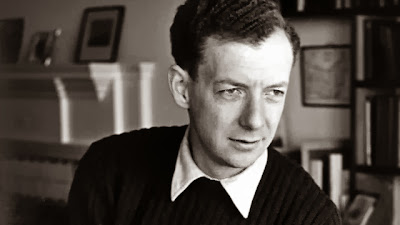 A very happy 100th birthday to Mr. Britten, wherever he may be celebrating today in the afterlife.  Our world is a richer and more beautiful place because of you and your work, and I hope we can all take a cue from your work and life as we forge ahead with our own.
Posted by nick at 3:49 PM

Can you recommend a good biography of Britten? I know very little about his life, but it sounds like a fascinating one.

I just was graciously given a copy of this one, which just came out this year, and I hear is great. I can't wait to read it.

Thank you. I'll check them out.

Your Britten appreciation is smart and lovely, and my favorite line is: "What has been gratifying about this centennial year has been watching presenters and musicians alike stop thinking to themselves "Britten doesn't sell" and actually get out there and start selling Britten."

Just heard a sold-out War Requiem at the SF Symphony this weekend and realized that after decades of telling everybody in earshot that Britten was The Great Modern Composer, the world is finally catching up. His time may finally have come.

Recently heard you sounding wonderful in Handel's Saint Cecelia cantata in San Francisco, but good Britten tenors are special and it would be a treat to hear you in his music.