The First Day of School 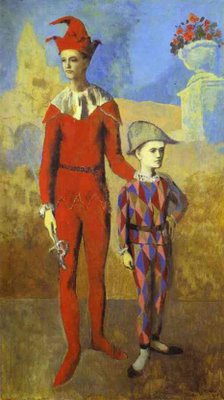 Do you remember what the first day of school felt like? I remember it vividly.

I started at Greenhills in the sixth grade (one of ’s private schools – grades 6 through 12) as an outsider. A lot of the other kids at Greenhills knew each other from having been in the public school system for elementary school, or from playing in the neighborhood. Since my parents had sent me to a tiny Montessori school in the middle of the woods (the utopia of my youth) and were anti-social, I didn’t know anyone on my first day of school at my new school. I remember feeling terrified that no one would like me, everyone would think that I was a freak, and that I would have no friends. I managed to realize my fears by being so paralyzed by them that I only made one or two friends for the rest of middle school. It wasn’t until I came out of the closet about 4 years later that I became “popular”, ironically. Still, I vividly remember fretting over what I should wear, about what people would think of the lunch I had brought with me that day, about my hair, and then sitting timidly in my homeroom, waiting for my turn to introduce myself to the class, and praying that no one would notice how much of a freak I thought I was.

Often, people refer to the first day of rehearsal as the first day of school. Lucky for me, I get to relive the traumatic experiences of adolescence quite frequently, as a result. Yesterday, I agonized as I tried to get ready for my first day of rehearsal here in over what I should wear. Images of a certain former Studio director admonishing us not to wear jeans or “look schlubby” at the first rehearsal flashed through my mind as I got dressed for the day. (Incidentally – I wore jeans to rehearsal. Call it rebellious, call it defiant – I simply think of it as comfortable). As I warmed up, I worried about whether people would like my voice or my singing. In rehearsal, I sat in the chair farthest away from the conductor and most of the cast, hoping to blend in with the floor. At lunch, I felt self-conscious about what to order, and instead waited to see what other people were eating before I made a choice. My heart beat with the same anxious flutter as it did in my sixth grade homeroom as we got close to my parts of the opera.

In the end, I managed to keep my nervousness and insecurities in control enough to maintain the illusion that I am a confident and sane person – but it was an exhausting day, all told. It’s energy-consuming to keep one’s inner dialogue from voicing itself outside.

As I understand it, we re-live these experiences for as long as we need to until we are able to grow past them. When am I going to learn that I am not that chubby 11 year old boy entering the sixth grade? I’m all about staying in touch with my “inner child”, but there are some parts of him that I am really ready to let go of.