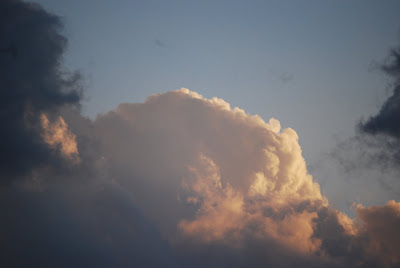 People not familiar with Ann Arbor often mistakenly assume that it is one of the many suburbs of the Detroit area. Surrounded by a green belt, with the sprawling University of Michigan campus dominating much of the somewhat insular, academically high-minded community, and situated a solid 45 minutes away from the Motor City on a Sunday morning with no traffic, Ann Arbor is very much a community unto it’s own compared to the suburbs that ring Detroit like Bloomfield Hills, Farmington Hills, Livonia, Novi, Auburn Hills, and Grosse Pointe. As a result, when I was growing up there, Detroit felt very removed from the home I spent my childhood in, and being lucky to have an incredibly strong music presenter in town that brought in elite classical music groups from around the world, I probably only attended only a handful of concerts at the Detroit Symphony before I left home at the age of 22 to venture out into the big, wide world and begin my life as a professional musician.

That said – it was impossible growing up as a young, ambitious musician in Southeastern Michigan to be unaware that one of America’s major symphony orchestras was less than an hour’s drive away. For all four years of high school, one of my dedicated parents would drive me to Birmingham every Saturday and wait for me while I rehearsed all morning with one of the youth orchestras I played with as a young string player, the Metropolitan Youth Symphony. While I was in the violin and viola sections of MYS, a large percentage of the players in the organizaton studied with many of the players of the DSO, accounting for the exceptionally high level of playing in the youth orchestra. We played one concert each year at Orchestra Hall (the DSO’s home at the Fisher Center), and we worked our hardest for that concert every year, knowing what an honor it was to play on the same stage that many of our teachers played on throughout the year as part of one of the nation’s great orchestras.

Many of these same players would also commute to Ann Arbor on Sunday afternoons to play with the University of Michigan Youth Symphony, which also had an incredibly high standard of playing, and was even more difficult to get into. That high standard actually accounted for my switch to being a singer – after a year of playing with the University of Michigan Youth Symphony viola section, I didn’t make it back in when I re-auditioned for a second year because my playing wasn’t up to the level that year. Rather than succumb to disappointment, I decided to audition for the University’s Michigan Youth Chamber Singers, and my journey as a singer began in earnest. Years later, as a young singer in college, I would sing twice with the Detroit Symphony as a chorus member for some Holiday Concerts and performances of Messiah – they were my first experiences working in a professional symphonic situation and seeing both how incredibly inspiring it could be and how tense and temperamental it could get making music at such a high level.

I was not the only one of those young people who chose to pursue a career and life in music as a result of those formative years as young musicians in the Detroit Metro area – most of my friends from those heady Youth Orchestra days are professional musicians today, many of whom now have their own private studios of young students, passing on that high level of musicianship that we were so lucky to grow up with on to the next generation of young players and singers. Others who don’t play so much any more have taken jobs elsewhere in our industry at record companies like EMI, as well as administrative positions at arts organizations. The few of us who stopped playing and embarked on other paths altogether quite consciously maintain music as an important part of their lives and still play in their spare time.

Watching the Detroit Symphony go through its recent struggles this season has been heartbreaking when I think of its impact on my formative years. The irony is that it seems that much of the reason the negotiations between management and the players have been so unsuccessful has been related to community service issues. It’s caused a crisis of public image for the Orchestra – many of the comments on the Detroit Free Press’ February 21st editorial about the situation are quite vicious. The first two posted were: “So, musicians ultimately want to avoid outreach to the Detroit community. But, they want the support of the Detroit community?...” and “How many people are really going to miss the DSO? Both sides deserve to reap the rewards of their inability to reach a compromise…Good Bye and good riddance.”

Towards the end of a Delta flight that I flew back from vacation last month, out of sheer boredom, I picked up the complimentary copy of the airline’s magazine and noticed that the entire February issue was devoted to articles showing how Detroit was a city on the rebound. The Renaissance there really is continuing to happen, the mayor assured us, and it really is a wonderful place for businesses and people to base themselves. I was impressed to see that the city is taking a newfound care with its image and is putting effort into trying to rebuild itself. Yet flipping through the magazine, the plight of the DSO was forefront in my mind, discordant with the images in the Delta Magazine.

This weekend I am in Omaha, celebrating the Omaha Symphony’s 90th anniversary with some performances of Beethoven’s 9th Symphony. It’s a big milestone for them, and the community here is celebrating with appropriate enthusiasm – this past week there was a very nice article in the Omaha World-Herald about the orchestra’s anniversary. Something jumped out at me in their profile however:

“The Omaha Symphony has felt some pain – some cutbacks, but no layoffs – from the recession that hammered arts organizations’ endowments and the investment holdings of many prospective donors.

What’s different in Omaha, the symphony leaders said, is that the economy didn’t fall as far, the symphony has a fantastic new home in the Holland center and local philanthropists and business leaders consistently prioritize supporting the arts.

‘We have a number of very wealthy people in Omaha who are very generous in supporting the symphony, as well as people who buy our tickets,’ said Pamela Cleary, interim president and CEO of the symphony. ‘They understand our mission and feel it’s vital to our community.’ Business people, in particular, see supporting the symphony as a way to keep and recruit talented employees, as well as create a vibrant arts environment for the community and opportunities for young people, she said.” - 3/3/2011, Omaha World-Herald

What people like the commenters on the Free Press editorial don’t seem to understand is that organizations like the DSO don’t operate in a vacuum, and their extinction has a ripple effect throughout the community – much as the DSO did when it was a successful, functioning symphony orchestra when I was a young, impressionable ‘tween. The symphony’s impact on me as a distant resident in the Metro area was certainly indirect, but it was no less impactful than those influences I experienced directly as a student. The orchestra’s presence created an atmosphere that supported at least three top-notch youth orchestras in the area, not only keeping hundreds of kids out of trouble but also helping them develop skills that would impact the rest of their lives, all the while adding to families’ sense that the Detroit Metro area was a stable, good place to live and raise your children. Communities are ecosystems, and as in any ecosystem, when one part of the food chain dies out, the rest of the system feels an effect.

Whatever the case, I do hope that the Symphony is not only able to survive this crisis, but also resolve their troubles very soon. It would be tragic to me if the orchestra's community influence and their players' tradition of excellent standards in music education weren’t able to continue. Without them there, I’m not sure I’d be coming back to a community that I recognize as home, and it would be devastating to see a part of my own musical history die away.