I received an email from a good friend today saying, “…let's finalize things soon, because I'm actually going on a silent retreat (no phones, internet, or TALKING - can you imagine anything more frightening?).” I laughed aloud reading it, thinking that actually, in this day and age of smartphones, Twitter, Skype, and Facebook that it could conceivably sound a bit like a horror movie to some – something like “The Social Network’s Nightmare On Elm Street: Mark v. Freddy”. 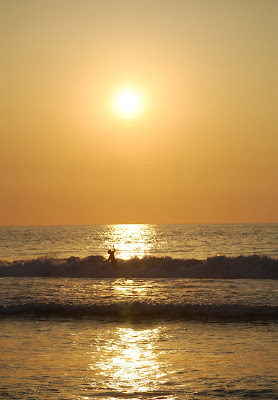 As the run of Barbiere came to a close in Seattle at the end of January, I was keenly aware that while February was going to be a month of downtime this season, my schedule from March – July is blessedly brutal, pressure-packed, and busy. Not having been on a proper vacation since August 2009, I decided that I would take the first week of last month and visit some sort of paradise for some much-needed and necessary R & R. I’ve wanted to visit Hawaii my entire life, and since I was already on the West Coast, I figured, why not go? What better way to shut down than go to Hawaii and park myself on the beach for a week?

The one perk of Hawaii is that it is a State – so, as an American citizen, you can go to one of the most remote places on Earth, and you don’t even need a passport. But when it comes to shutting down – the fact that it’s a state means that things like American cell phones work there. So in order to get the complete retreat experience, one has to do what my friend is going to do in April, and quite voluntarily, consciously turn off one’s devices. 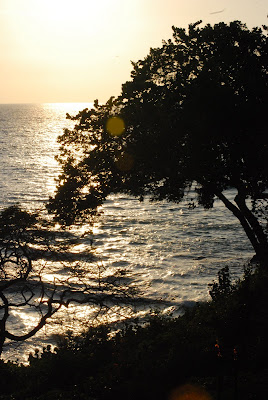 Ten years ago, such a task would not have been too challenging. The heavy, black bulky rectangle that I called my laptop computer was so painfully slow to start up that I rarely had the patience to turn it on. Hi-speed internet was a luxury rather than something to be taken for granted, and I was only just about to purchase my first mobile phone. Now, my iPhone is like a new body part that I have had surgically attached to me, and, as a result, I have constant access to the internet, email, text messaging, and any other mode of communication that is currently possible. When I’m not running from place to place and able to plug in, I tend to have my eyes glued to a screen of some sort, reading news, email, or some blog someone wrote somewhere.

Realizing that I very much needed to fall off the grid for a week in order to really make the most of this vacation, I resolved to turn off the phone and leave it in the room and to refrain from purchasing internet access through the hotel while I was in Hawaii. Aside from needing to get on the internet once in order to buy a plane ticket that I had forgotten to take care of before I left, I managed to do pretty well. But I was saddened to realize how much it was a real challenge to truly shut down – I still felt a burning need (which I gave into) to check my email on my phone once a day. It sadly felt like a big treat that I was allowing myself, because otherwise my vacation started to feel like a white-knuckled, unpleasant fast as opposed to a pleasant time to relax. I felt like an addict going through withdrawal – desperate for just one hit of whatever drug I was hooked on. 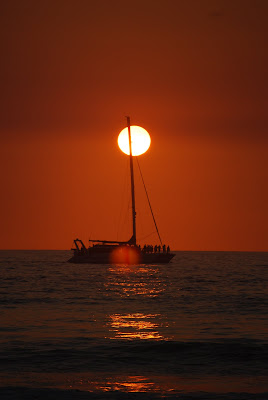 As the sweaty, shaky pains of my withdrawal wore off, I realized just how much I don’t take in the world and people around me as much as I used to. Soon, I was grateful for leaving my phone in my room, because it allowed me to soak in the warm Hawaiian sun and watch all the fascinating people around me. I saw whales breach in the Pacific, I marveled at surfers doing amazing tricks on the incoming waves, and I had amazing bonding time with my boyfriend as we both simply sat and took in the beauty of the landscape that surrounded us. I felt the knot of anxiety that is generally wound so tight within my core gradually uncoil and loosen as my week in paradise progressed. It was heaven. And I started to wonder, why don’t I shut down like this more often? I mean, how hard could it be to turn off my cell phone at the end of the day and not open up my computer past certain hours?

Incredibly difficult, it turns out. I’m a little shocked at how quickly all of this technology has infiltrated my life. I am generally connected 24 hours a day, 7 days a week when I am going about my non-vacational, very vocational life. It’s no wonder that coil of anxiety is able to wind itself so tightly inside me so much of the time. It’s also no wonder that it can be so hard to be firmly rooted in the present moment, when I am hypnotized (held hostage?) by a virtual world so much of the time.

Maybe I should join my friend on that retreat…although who could imagine anything more frightening? 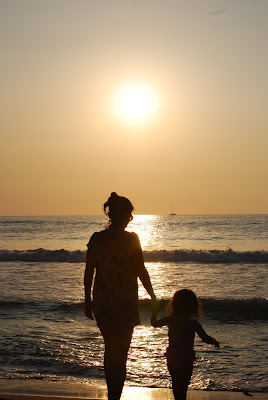