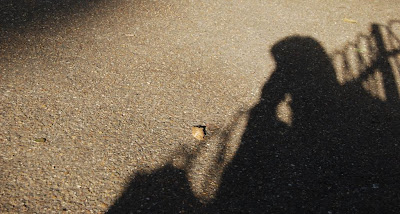 The other day, one of my colleagues called, begging me to go out with him to Brighton, which is not far from Glyndebourne. He said, "I have to get out of here – I going out of my mind. I mean, I love it here, but I'm just not used to having this much free time. It's driving me crazy – I need to be doing something!" He explained that, accustomed to normally working on a concert schedule, he wasn't used to having to waiting around for so long in between performances and devoting such an long time to just one thing. Instead of having an intense week of rehearsal and then a series of back-to-back concerts, stir craziness was setting in during these multiple days off between shows.

When I first arrived here, I was anything but restless – I felt stimulated and energized by our intense rehearsal schedule that provided a consistent regularity for our first month here. It was nice to be in the same place for an extended period after running around all summer, with a regular regimen to my days and weeks. But by the time my colleague called the other day, as the rehearsal schedule was winding down and our opening approached – I felt very much the same way, and I acquiesced. After a year of only concerts and recitals in which I was constantly on the move, learning new music, and either constantly rehearsing or performing, I could relate to his unease with so much free time and such a long period on just one project. We had a lovely night out filled with martinis, red wine, stimulating discussions about life and music, and a really lovely Italian meal.

A day or two after our opening, the cast's hive-mindedness that I wrote about a while back took an inconvenient turn – we all came down with the same cold. For the second show, six of us showed up complaining of being sick, and while it hasn't (thankfully and touch wood) descended into any of our throats, it has forced me to take it easy most of the last week. With the exception of one mini-excursion that I took with my aunt who was visiting last week, I've pretty much been confined to resting at home in an effort to get better, and unable to really practice on my days off.

The thing that has been most unnerving about all this free, idle time, beyond feeling restless – or perhaps a symptom of my restlessness – is that it allows my focus to drift from healthy pursuits that keep me locked in the moment and enjoying all that I have in my life now towards thoughts of what I don't have. I can slowly feel the goals and dreams that I am aiming for turn into resentments and jealousy of things that I don't have – a general sense of impatience has started to pervade. Once I say these things out loud to one of my closest confidants, I immediately realize how ridiculous I sound complaining when I have so much to be grateful for and proud of. Immediately, everything is put in perspective. Still, it scares me how easily my hopes and aspirations can be pushed across the line to obsessions and expectations.

It's so easy to slip off track, but I'm so thankful that I have such a good network of colleagues and friends to point out when I am going astray and guide me back to where I want to be.