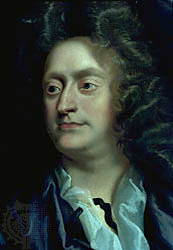 When I was 17, towards the end of my senior year in High School, my voice teacher, Rosie, invited me to observe her Studio Class at the University to catch a glimpse of what I was about get myself into the following fall when I enrolled as a freshman at the University of Michigan School of Music. I watched one after the other of her student perform songs and arias for the class and listened as she worked with each student, giving them notes on what she heard. The one person who sticks in my memory to this day was a young soprano whose name escapes me now, but the reason I remember her singing so vividly was because it was the first time I had heard Purcell performed.

She got up and handed her music to the pianist who was playing for the class that day and announced, “I would like to sing ‘Hark! The ech’ing air’ from Purcell’s ‘The Fairy Queen’.” The pianist began to play a sprightly tune that teemed with happiness. As he played the soprano began to tap her foot and bounce her hips to the dance-like rhythm, clearly enjoying the piece. I smiled, thinking that she was dancing along with her singing as though she were breaking down to some pop song on the radio. When she sang, her voice was so clear and bell-like, and she tossed off the runs of fiorature with flair as if they were the easiest things to sing in the world. I was entranced and fascinated – here was music that seemed to be the very definition of fun. I remember being so taken with how unselfconscious she was as she sang – she just seemed to be luxuriating in the sensation of singing and the song's joyful melodies, without a care in the world.

I was hooked – Purcell has been one of my desert island composers ever since.