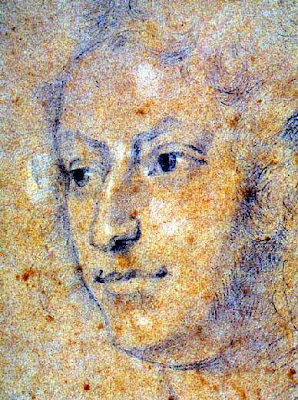 “Purcell is not fully appreciated in this country. Dido and Aeneas is unquestionably a masterpiece, but it is not a box-office success and therefore it is rarely performed. It’s the same old business of inveterate philistinism of this country…Purcell is a great master at handling the English language in song, and I learned much from him. I recall a critic once asking me from whom I had learned to set English poetry to music. I told him Purcell; he was amazed. I suppose he expected me to say folk music and Vaughan Williams.”

The other day in rehearsal, Myra noted that the broad stereotype of British people is that they are a very “buttoned-up” people. I noted that another broad stereotype is that they have a reputation for being hard partiers who enjoy their drink. In a similar prejudicial fashion, when I initially encountered Purcell’s music, as much fun as I thought it was to sing, I always imagined him as a rather prissy, wig-wearing, “buttoned-up” British church organist in tights and a waistcoat living some sort of stable, elegant, courtly existence. I was quite surprised to discover that, while the clothes I imagined him wearing were an accurate guess, the times he lived in were anything but prissy or “buttoned-up”, and while he may have been an important musical figure at court, the courtly experience at the time could hardly be described as elegant or stable.

Purcell was born in London in 1659, during the last year of the only period in which England had no ruling monarch in its long history. Purcell’s early childhood took place against the backdrop of the fall of the Commonwealth of England, and the restoration of the monarchy with the coronation of Charles II. During his short lifetime, he saw multiple dramatic power shifts occur within the English Monarchy - by the time of his death at the age of 36 he had served 4 different monarchs. In those years, life expectancy was short. Less than a year before Purcell’s own early death, Queen Mary II died of smallpox shortly after her 32nd birthday – both events Purcell was commissioned to write music for. One theory is that his death was caused by his becoming sick after being locked out of his house in the cold by his wife after returning home too late one night. These were people who lived passionately and for whom the adage “life is short, play hard” had a much more intense poignancy than it carried in Reebok shoe ads a few years ago. This intense passion and the high stakes of the events in their lives comes bleeding through in every note of Purcell’s music.

All of the songs we chose for this opening set of songs deal with some aspect of love. In this later, more elaborate version that we chose to start the recital, ‘If Music be the Food of Love’ starts off hesitantly celebrating the connection between love and music. As the poet implores us to sing on until he is “filled with joy” in the recitative-like opening section, Purcell gradually writes more and more florid, virtuosic runs of sixteenth and thirty-second notes until the music explodes with happiness and rapture, not coming to it’s first real cadence until 12 measures into the piece. While the poet writes of pleasures invading “both eyes and ear”, Purcell starts off another section of the music, in a flowing, quick 3/8 tempo, with more sixteenth notes whizzing by in both the bass and the vocal line, creating the sense of being surrounded by an orgy of fairies and sparks flying about, leaving the poet ecstatically high and quite spent by the time he reaches Purcell’s resigned and exhausted final section of the piece. ‘If Love’s a Sweet Passion’ (which we excerpted from Purcell’s masque The Fairy Queen), while seemingly only a simple tune at first, is actually quite sophisticated and sexy once the singer starts to sing – musing on why love hurts so good. Purcell sets lines that hint at the sado-masochistic pleasures of love like “Yet so pleasing the pain is, so soft is the dart…” to suspensions of kinky seconds and fourths that roll around on top of each other throughout the phrase, never seem to fully resolve for measures at a time. In ‘Not all my torments’, Purcell fills what at first glance seem like two simple pages of innocuous music with all the pain and frustration of unrequited love. Melismas fall hopelessly on the word ‘torments’, climb desperately through jagged rhythms to uncomfortably dangerous heights on ‘pity’, and wander lost through dark and seemingly aimless harmonic paths on the word ‘sorrows’. ‘Sweeter than Roses’ captures the electrifying excitement of a first kiss – the piece starts off in an otherworldly reverie where one isn’t sure exactly quite where one is, the kisser singing slowly and rapturously of this new sensation that has stopped him in his tracks. And suddenly he explodes as he sings about how his body ‘shot like fire all o’er’, singing arpeggios that jump from the bottom of the staff to above it, leading straight into a celebratory fast section in 3/4 time, where drunk with this new sensation of hormones and emotion, he sings flowing, party-like melismas on ‘victorious’ and high with enthusiasm and elation repeats ‘all’ way too many times effort to convey that everything he touches or sees is love to him.

Sexy, dark, sweet, kinky, naughty, tortured, painful, excited, rapturous, ecstatic, funny, sensuous, desperate, florid, virtuosic, spare, simple – Purcell’s music is all of these things and more. It is nothing less than genius in its construction and range of expression, almost unparalleled in its ability to musically convey the ups and downs of life.