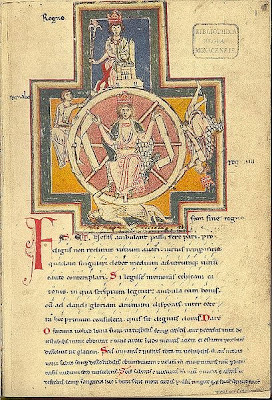 A lot of classical musicians roll their eyes when you mention Carmina Burana.  “Oh, it’s so silly!” they say.  When you mention Carmina Burana to someone who isn’t super familiar with classical music, they’ll say, “I’m not sure I know that piece?”  To which musicians always reply, “Oh yes, you do – it’s in, like, every car commercial you’ve ever seen…”

Eight years ago, I was walking down the street in New York City when my cell phone rang.  It was Kim Witman from Wolf Trap Opera who wanted to know if I would be interested in singing Carmina Burana with the National Symphony Orchestra in the Filene Center when I got to Wolf Trap in a few weeks.  The funny thing is, when she called, my knowledge of the piece was limited to the following two facts: The opening movement was in, like, every car commercial; and I would have to sing three high D’s. Aside from that, I really didn’t know anything else about it.

At our first rehearsal here in DC at the Kennedy Center, I realized that I actually knew more of the piece than I thought I did at the time – I’d heard bits and bobs of it here and there on various recordings and in, yes, car commercials. It occurred to me that the main reason that I wasn’t so familiar with the piece was a result of the car commercial thing – I just assumed it wasn’t “serious” music. But these really beautiful and fascinating moments of music that were new to me kept occurring left and right in rehearsal, and I found myself completely charmed and moved by the piece.

Eight years and many performances later, as I’ve been rehearsing the piece with the NSO again, revisiting this place where I learned this piece this week, I’ve been marveling at how Orff's music hasn’t gotten old for me.  I don’t have much to sing in this piece, so I end up spending most of the concerts listening. After all these times doing it, the In Trutina still makes my eyes water up a little but, the Ego sum abbas still makes me chuckle, and the Blanziflor et Helena still gives me gooseflesh.  It’s just extraordinary music.  I guess that accounts for its popularity.  It’s obvious that the reason it has bled so pervasively throughout our culture is not because it is cheesy, but because it is so extraordinarily exciting and beautiful.

If you are in the DC area, we perform tonight, as well as Friday and Saturday at the Kennedy Center.  More info is here.
Posted by nick at 3:37 PM

I've alway had a wonderful time singing Carmina Burana (in the chorus). But I've given up admitting it, because other singers draw away from me as soon as I do. It seems to be illegal for a serious musician to admit to actually liking the piece. I applaud you for breaking the rule.

Thanks for the support, Janet! There is strength in numbers! ;-)

Hey! I enjoyed your performance. Glad to see you in DC - looking forward to your return.

Thanks so much, L!