Making It and Getting There

As Kim Witman reports on the process of putting together Wolf Trap Opera’s 2008 season in her blog, this recent entry about her Studio applicants’ career goal statements caught my attention. Those applicants who wrote that they “just wanted to make a living at what I love” seem to have a measure of wisdom that I lacked at that stage of my training. 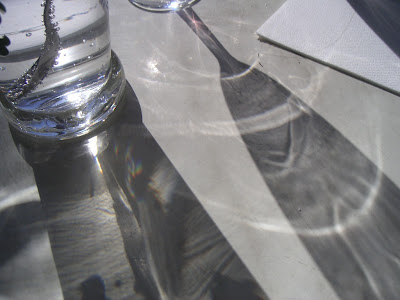 Throughout college, my brief stint at a conservatory, and my various apprentice programs, “making it” pervaded my thoughts and goals and became an obsession. I ambitiously tried to do anything I could to get out of school and into the working world, and I looked at any success that I had as a sign that I was going to “make it”. I fantasized about winning competition after competition, making my debuts at the worlds biggest opera houses, giving recitals in the most famous concert halls, the thunderous applause that would greet me at those performances, the photo shoots for my album covers, and the sense of coolness I would feel at having “made it”.

All the while, I would moan constantly at the opportunities that weren’t offered to me and complain that the opportunities that I did have were not good enough, were not what I wanted, were not what I deserved. I would look at the success of others and jealously wonder how they had managed to achieve their accomplishments. My ex-boyfriend, Luiz, once pointed out to me that it never seemed like anything was enough. He noted that even being in the Houston Grand Opera Studio (where I was at the time of this conversation – where I had the opportunities to share the stage with some of the most famous and accomplished singers of our time as well as get free lessons, coachings, career advice, language lessons, etc.) was not enough for me. I bristled with anger when he told me this, furious that he could see so easily through to my unbridled, all-consuming, youthful ambition and my spoiled sense of entitlement. 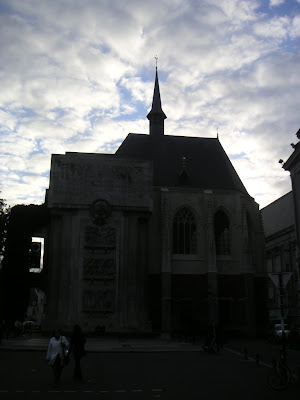 The strange thing was that my fantasies and ambitions were never specific. When fantasizing about singing in the greatest opera houses of the world, I never thought about which roles I would sing. When dreaming of photo shoots for my album covers, I never had any idea about what music would have been recorded on those CDs. I never knew what I would program for my dreamed-of recital tours around the globe. Music, the core essence of what we do, was mysteriously absent from my fantasies.

The summer before my second year in the HGO Studio, about to begin rehearsals for my first Barber of Seville at Wolf Trap, I began to notice the adverse affects of my ambition on my soul. Warming up before our first rehearsal with the conductor, I found myself panicking that I wasn’t good enough. I became certain that everyone would hate my singing and even had nightmares about being fired. I worried that this was going to be a disaster and that my career would never recover.

Something inside me snapped, and I realized that I absolutely could not live the rest of my life like that.

So, I picked up the copy of The Artist’s Way that the ex-boyfriend had given me earlier that year, found a journal to do morning pages in, and resolved myself to finding a therapist the minute I got back to . It was then that my attitudes began to change.

I discovered that gratitude and humility were important aspects to life as a musician and a performer. I discovered that my love of and passion for music had been usurped by ambition and “career” aspirations. My desires began to change and become more specific. I stopped fantasizing about a vague future and became more focused on the details of the present. I became more focused on doing the best work I could possibly do and constantly trying to improve as opposed to being the “best”(whatever I imagined that was) and comparing myself to other people. Competitors became colleagues, and I discovered that it is not the flashy result or performance that is important, but the substance of the work and the journey to get there. I discovered that in reality, there is no “making it” or “getting there” – there is only the going.

As much as I hated to admit it, I found that I had sort of stumbled into life as a musician. I liked music, first as a violinist in my youth, and then as a singer in my teenage years into college. Looking back, I realize I was responding to a calling that I had to answer. But by blindly following that call, I never bothered to ask myself why I was pursuing the path I had chosen. I decided it was what I wanted to do without a single thought as to why, and I naïvely thought I was entitled to a successful career doing it. 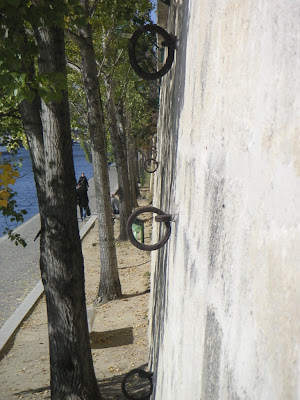 Speaking with Jeremy last night, the differences between his path and mine as professional musicians were interesting to me. His attitude is inspiring to me, especially in the fact that it has always been present in his work ethic. He pointed out to me last night that regardless of whether he is playing for a choir of junior high students, playing for a bevy of young violists trying to learn how to deal with their instruments, coaching professional singers, or playing a rehearsal at a great opera company that he always chooses to try play musically and with inspiration in the hopes that whoever he is making music with will respond in kind, and be that much better, enjoy the experience that much more, and come that much closer to discovering that extra level of beauty, technical proficiency, or whatever truth it is they are after. “Isn’t that why we are here? Isn’t that why we do this?” he asked me. Listening to him talk, I agreed, wishing that I had realized that when I started on this path.

Jeremy’s primary goal has always been to be able to make a living as a musician. He always has known that it is an earned blessing to be able to call music our vocation and to be able to support ourselves from this work. As a result, every milestone he has reached and every accomplishment he has achieved are real privileges to him and opportunities to be savored. It also shows in his fierce commitment and care for the work, which is something I marvel at. It was never something I realized until I was far into my training, and I must say that I am glad that I can see it now. It allows me to do this and find real happiness and fulfillment as I explore the paths that this profession opens for me.

Nick! This is very funny -- I just posted a little blurb on my blog asking, essentially "Why?", and then I stumbled onto YOUR brilliant, humble and honest writing. Thank you for this. I think it's BEAUTIFUL that you took the path you did (it's always the right one, isn't it?) because now you have a renewed and PROFOuND sense of ownership about what you do, and THAT, my friend, brings freedom! For me, I think it boils down to what I'm asking of the audience -- am I asking them to GIVE ("please tell me I was ok tonight!"), or simply ... to receive. Ha -- did I just find a Holy Grail?!?! I'm going to EBAY! You keep on -- they world needs this!!!

hey...my initial reaction is to say that u don't get anywhere if u don't aim high and i'm sure that your younger ambitions did serve a purpose at the time and played a role in getting u to where u are today [which is an awesome place].

but your humility and realizations are also amazing and profound. my career is very young and i'm learning a lot, spending a lot of time trying to figure myself out. reading your words is another bit of useful information helping me move what i hope is another step closer to figuring more of myself out and the path i want to take.

Nick this is great, (this is Garry from the studio this past summer by the way), your writing is straight form the heart and very encouraging. I think it's something everyone needs to know about and experience at some point, and I'm going to recommend that a few of my rather disheartened friends read this post. All the best, say hi to Jeremy for me.

Nick, thank you for this unabashedly honest post. Be easy on yourself for your young days -I think it's a rare young person who can understand what big ambition is and handle it with grace one hundred percent of the time (I certainly wasn't one!). But Lou's right - it's part of what drove you to where you are, which is perhaps the vantage point from which you attained this clear vision.

Sending you lots of love