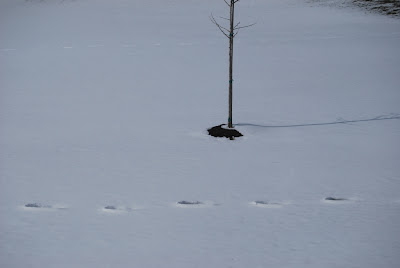 Tuesday, it was as if we all woke up on the wrong side of bed. Strange, grumpy moods prevailed, and there was just a bizarre energy in the air from the get-go. We attributed it to the low-pressure system that was passing through. Grey clouds ruled the sky, and then the snow began to fall. At the microphone-check (we are mic-ed in this piece to balance our voices with the folksinger) the news came that our folksinger, Tim, was on a plane that had been re-routed to Philadelphia and wouldn’t make it to Ithaca in time for the concert. After the sound check, ACB and I headed back to the hotel to grab a late lunch and iron our respective clothes. Being like the good boy scout I never was, I had brought my shirt to the concert hall just in case we didn’t have time to get back to the hotel, and thus brought it back with me in the hotel shuttle, which is where it got left. We managed to chase the shirt down just in time for me to iron it and run back to the concert hall for our pre-concert rehearsal. Our conductor, Ken, was not feeling well, feeling feverish and having an upset stomach. During the dinner-break, Ken got stranded back at the hotel, because the taxis were running very late due to the winter storm. And yet, despite all of these annoyances and distractions, the concert turned out to be an incredibly moving and special experience. 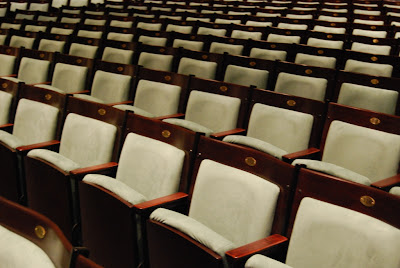 Because Tim was stranded in the city of brotherly love, Evan Chambers, the composer of The Old Burying Ground, stepped in to sing his songs, the first two songs on the concert. We stepped out to take our preliminary bows and then took our seats and watched and listened as Evan transported us out of the horrible day, storms and all, and brought to life his own musical creation. Watching him perform was inspiring – all the trials of the day were left behind, and he magnetically locked us into the present moment, in all its emotional intensity and musical glory. It inspired all of us to follow suit and do the same, Ken and the orchestra pouring focused passion into their playing, and ACB and I giving our all, as well. It made for a very exciting and special moment. The strong start that Evan gave us carried all the way through the concert – the orchestra played an incredibly passionate rendition of Mahler 5 right afterwards. 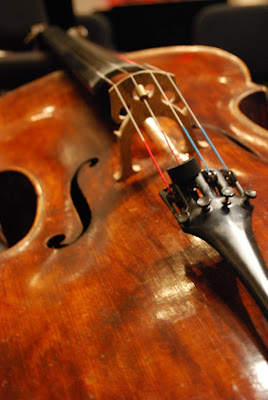 Most of my musical life, I have worked to serve many dead composers ranging from Monteverdi to Mozart to Stravinsky. Occasionally, I have had the opportunity to serve living composers, which is so wonderful to not only get to go straight to the source, so to speak, with musical questions, but also to get to know them personally. Getting to sing a composer’s music with the composer as a fellow performer is an even rarer treat. Last night was one of those magical moments, made even more special by its unexpectedness. It was moment when everything about the piece became clear in a very special way.

Tomorrow we bring our work to Carnegie Hall, which will be the exciting culmination of our tour. It’s been an incredible week, and I’ve had the best time getting to relive a little bit of my University of Michigan days with Ken, the orchestra, and Evan. All the best to my colleagues for a great performance tonight, and… (I have to say it, proud Wolverine that I am) Go Blue!

* Top photo taken by ACB experimenting with my new camera. Second photo is of the concert hall in Ithaca, and the third is the principal cellist's beautiful cello.