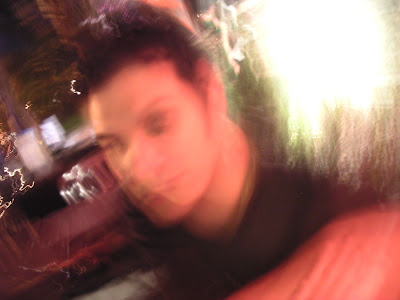 After arriving back in the states roughly two weeks ago, I was knocked out by a stomach bug that had me in bed for about a week. That left me with a week to start learning the music I was to begin working on here in Marlboro, to stress out about how to financially deal with moving to New York City sometime this summer, go to a wedding in Fort Collins, visit with Jeremy and some friends at Wolf Trap (where they have begun a highly entertaining run of John Musto’s comedic opera Volpone - all the best to cast for the run of the show - and I had the pleasure of finally meeting ACB, who is truly a lovely and special person and musician), spend some quality time with some very close friends from home who live in DC, and repack my bags for my next stint of travel (six weeks at Marlboro and a week back in Germany). Now, my two weeks off feels like it was a five minute coffee break.

Happily, Jeremy is on a mini-break from Wolf Trap and was able to come up with me here for the first ten days of the festival, allowing us some much needed quality time together.

I arrived in Marlboro Sunday evening, and it was like hitting a brick wall. It is so peaceful, lush and beautiful out here. We are surrounded by so little, and all there is to focus on is music and the nature around us. After traveling through so many fast paced, big cities over the last 2 years performing a staggering amount of new repertoire or auditioning (Houston, Chicago, New York, Los Angeles, Atlanta, Frankfurt, Paris, London, St. Louis, Memphis, Washington, DC), being in this remote, quiet, small place that centers itself around the idea of making music for music’s sake feels like I’ve gone from driving a speedy 80 miles an hour to staggeringly slow 5. While I was shocked by the change in lifestyle and pace, I am finding myself totally reinvigorated and inspired to work in a way that I have not been since being an undergraduate student at the , when everything felt new.

stomach ailments aside, that's great Nick. i'm happy to hear u feel so re-energized. being inspired and passionate about what u do is so vital to continuing to do well at it and i'm sure this experience will just elevate u to an even higher level [not that u need to reach any higher =)] enjoy your time with Jeremy and tell him i said Hola!

Wonderful! I'm so glad it feels like a respite up there. Enjoy it.

I miss you already...