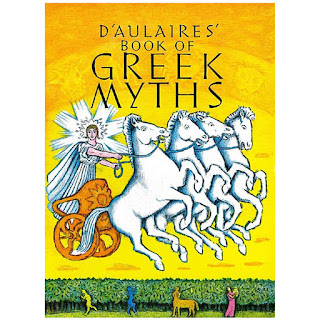 What are songs but stories set to music?  Whether they are confessional stories of the self or telling any variety of narrative, songs are tales spun to music.

Back in February of 2009, I had the privilege of participating in one of the Marilyn Horne Foundation's National Artist Residencies in Oberlin, Ohio.  These residencies consisted of a full recital on the local presenting series (in this instance, the Oberlin Conservatory's Artist Recital Series), preceded by a couple of days of outreach performances, taking art songs into the local schools.  The most challenging and rewarding part of this week in Ohio were these outreach performances.  My pianist colleague and I performed in classrooms filled with children as young as 5 years old - 1st and 2nd graders.  We were limited to only art song - no opera arias, no crossover repertoire.  The task of presenting the songs of Robert Schumann and Benjamin Britten to these young people was a daunting one - how does one hold a child's attention with this music?  It was a transformative experience for me (one which I blogged about at the time), and it revolutionized my approach to performance ever since.

At one point a few years ago, I was seeking programming advice from one of the artistic planning directors at Carnegie Hall, when he told me something that reminded me of that experience with those children back in 2009.  "When it comes to art song, you have to remember, there really is NO standard repertoire," he said.  It was a liberating reminder, making me remember that any song repertoire will be falling on ears as fresh as those young schoolchildren back in Ohio.  The same techniques apply, regardless of one's audience - one has to mine every detail, and pretend that they are telling a tall tale to a group of children around a campfire.  No stone must be left unturned, and every colorful extreme must be brought to life.

As a child, one of the first books I remember falling in love with was a copy of D’Aulaires’ Book of Greek Myths. I’ve been fascinated with tales of the legendary and fantastic ever since.  As more and more children have entered our lives, most notably Myra's two daughters and my niece, storytelling has become a greater part of our personal lives, leading us to this fun Gods & Monsters program that is so full of musical imagination. One of the most astounding aspects of these powerful musical miniatures is the incredible amount of color and atmosphere they lend to these stories, so that each song becomes an epic tale of almost cinematic proportions.


I found myself standing in front of an audience full of fresh ears yet again last Friday in Washington, DC.  Myra and I took our Gods & Monsters program out for its maiden voyage in public, as part of a benefit concert for a fantastic volunteer organization called YSOP.  Standing in front of an audience of YSOP's many supporters who there to support their efforts, and experience a new musical experience; some of the young people that YSOP engages in community service projects, and some homeless people who are the beneficiaries of YSOP's programs, I felt not unlike I did standing in that Oberlin 1st & 2nd grade classroom seven years ago.  It was a thrill to be able to pretend that we were all sitting around a campfire, with Myra and I telling them tales of kings, knights, witches, gods and monsters in as much vivid detail as possible, seeing everyone's eyes brighten as their imaginations fired up just as much as ours were.

There's still a couple of weeks to pre-order your copy of Gods & Monsters, as well as make a tax-deductible contribution towards underwriting the final stages of the project before its January 2017 release.  Pre-order your copy and make a donation HERE!

Nicholas Phan Recording Projects is a sponsored project of Fractured Atlas, a non­profit arts service organization. Contributions for the charitable purposes of Nicholas Phan Recording Projects must be made payable to “Fractured Atlas” only. Any contribution above the value of the goods and services received by the donor is tax-deductible to the extent permitted by law.
Posted by nick at 6:29 PM